Chartreux Cat Club UK was formed in October 2015 with the aim to promote and establish the Chartreux as a breed in the UK. But our story began over a year earlier when on the 5th of June 2014 the founder of the club picked up a male kitten called Jay from Chatterie de l’Etoile du Soir in Lower Normandy. He and his wife fell in love with him and the breed, so in May 2015 he sent a Breed Recognition Application to GCCF, The Governing Council of the Cat Fancy, which was accepted five months later.

A website and a Facebook page were created and, despite the Chartreux being little known in the UK, kitten enquiries started to come in almost straight away. The first kittens came to the UK in May 2016 and others soon followed. As Jay was the first male Chartreux to be registered with GCCF, his owner decided that he would also like to have the first registered female and the first registered kittens. So, on the 26th of October 2015, he brought Lilly de Mithlond to the UK. Lilly and Jay were kept as pets, a life that Jay was used to before Lilly arrived, which worked well. They mated on the 8th of October 2016 and five beautiful and healthy kittens were born on 13th and 14th December. 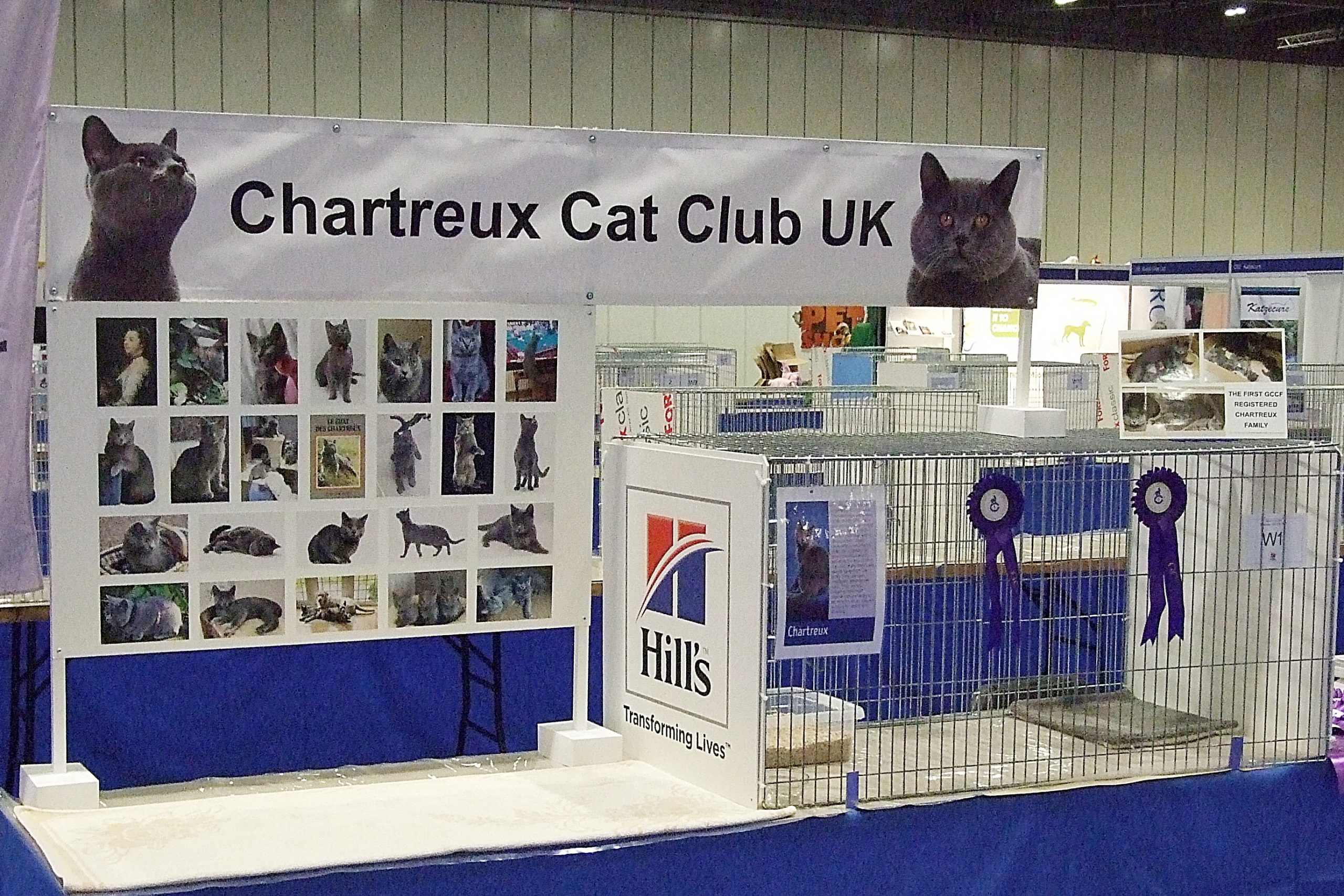 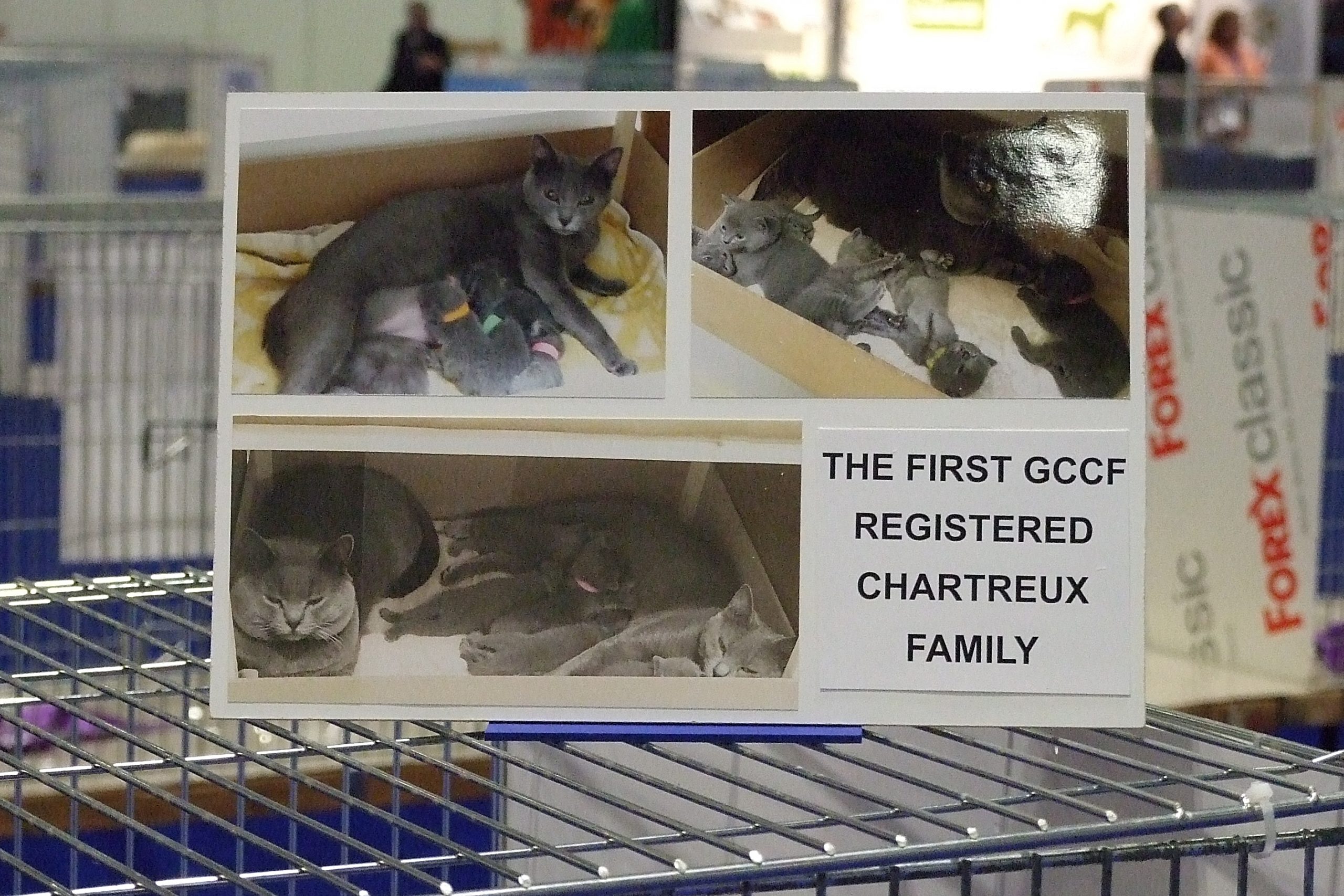 Chartreux owning members of the club got together for the first time at the Supreme Cat Show in Birmingham in October 2016, where six cats were exhibited. The club was also represented in the World of Cats section at the National Pet Show in London in May 2017, see the photos above. One of the female kittens in the photo above, 5 months old, was our exhibit on the first day and she was passed around the large crowd like ‘pass the parcel’ without objecting, but by 4 pm she was worn out. Both shows generated a lot of excitement and interest in the breed and owners again showed their Chartreux at the Supreme Cat Show in October 2017.

Having become a Provisional Member of GCCF, the club worked on formalising a Chartreux Breed Standard and an application for Preliminary Recognition was lodged. This was granted on the 9th of October 2017, and the Chartreux can now be shown in Assessment Classes at GCCF  Shows for the purpose of collecting Merits so that we can apply for Championship Status for the breed. More information can be found in ‘Our Cats’ under ‘Cat Shows’.