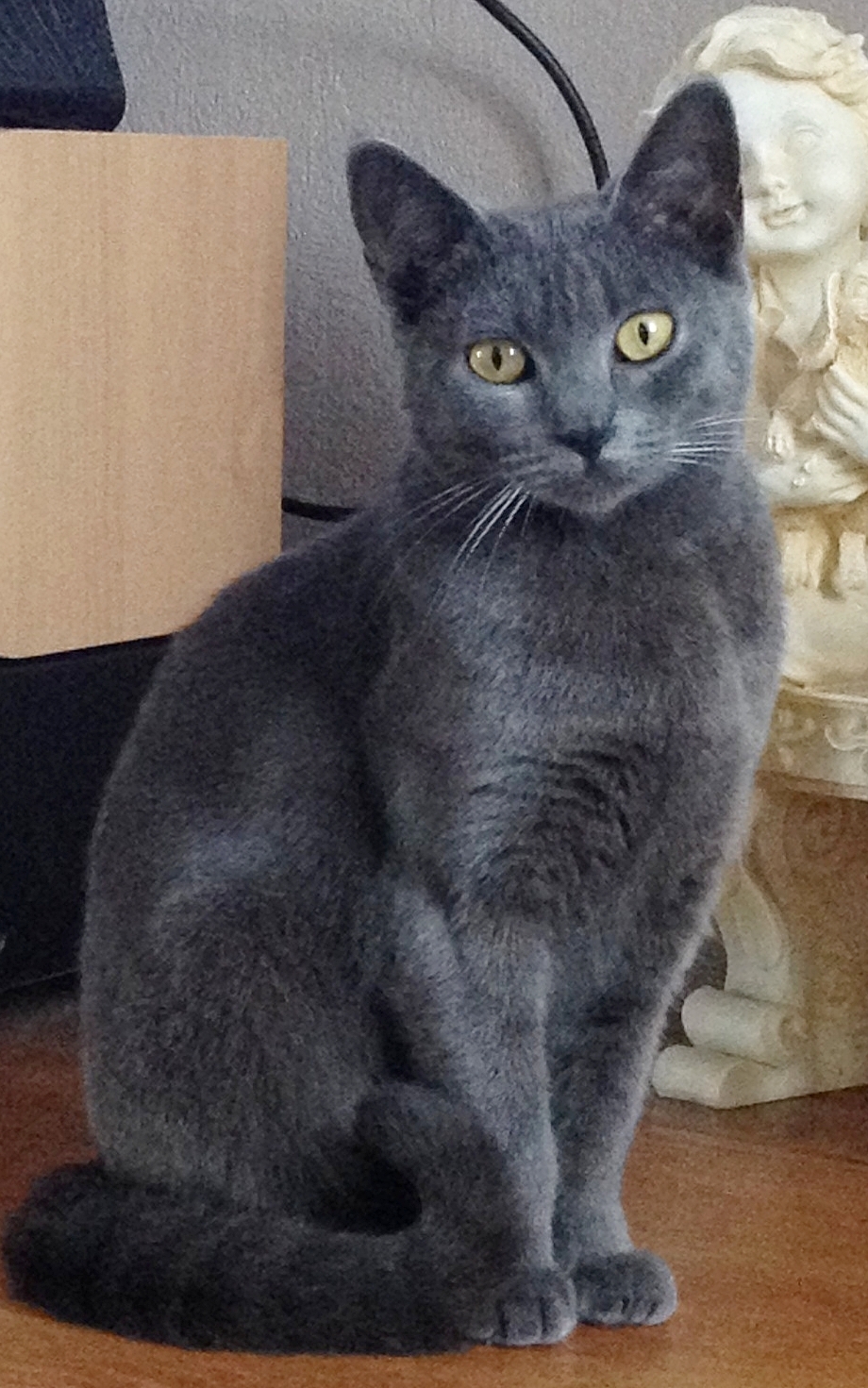 The Chartreux is a medium shorthair French breed with a large robust well-proportioned muscular body. It is renowned since antiquity for its hunting prowess and its dense greyish blue slightly woolly coat. They are extremely supple and agile cats, and the qualities of strength, unrivalled intelligence and adaptability, enabled them to survive in the wild for centuries. The Chartreux has a gentle but seldom used voice and is calm and affectionate. The eyes are one of its most endearing features. Males are much larger than females and slower to mature.

After WWI, some French breeders became interested in preserving this ancient breed for posterity. They put together a breed standard based on detailed descriptions by the 18th-century naturalists Linnaeus and Buffon. They were careful to utilize only those cats that bred true to that standard. The show cats from the 1930s could be Grand Champions in shows today, which is unusual in the cat fancy, as many breeds have changed significantly in that time.

Faults: Nose break, snubbed or upturned nose, long or broad muzzle, almond-shaped eyes, tipping and any other defect as listed in the preface to the GCCF SOP document.

Withhold all awards for: Green eyes, eyes with a green circle, white locket, and any cat showing three or more of the faults above.